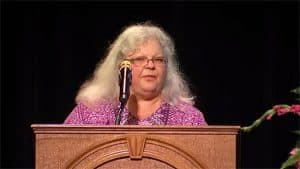 Eulogy for daughter, It’s clear where Heather Heyer got her courage, her mother, Susan Bro.  Susan delivered an incredible eulogy for her daughter who was killed at a rally in Charlottesville, VA on August 12, 2017. Delivering a eulogy is never easy but imagine trying to compose yourself to give a eulogy for your daughter who was run over while she was protesting a white supremacist rally. 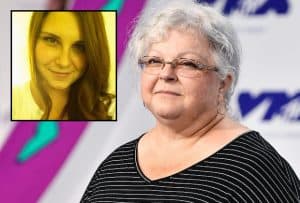 Here is the transcript of the eulogy for her daughter:

I have to go to Facebook to find pictures of my child because we were always together. I saw her a couple times a month at least, and we would text each other fairly often, and we would Facebook message and say, “I love you.”

I have no regrets on that part. Take pictures of the ones you love because you don’t know when they’re not going to be there.

Here’s what I want to say to you today. This could be a storm in a teacup, and it could all be for nothing. I could have said, “Don’t do this publicly. Let’s have a small, private funeral,” but that’s not who Heather was. Anybody who knew Heather said this is the way she had to go, big and large — had to have the world involved because that’s my child. She’s just that way, always has been. And she will continue to be because here’s the message.

Although Heather was a caring and compassionate person, so are a lot of you. A lot of you go that extra mile. And I think the reason that what happened to Heather has struck a chord is because we know that what she did was achievable.

They tried to kill my child to shut her up. Well, guess what? You just magnified her.

So here’s what I want to happen. You asked me, what can I do?

You need to find in your heart that small spark of accountability. What is there that I can do to make the world a better place? What injustice do I see and want to turn away?

“I don’t want to get involved.” “They’ll be annoyed with me.” “My boss might think less of me.” I don’t care. You point a finger at yourself like Heather would have done, and you make it happen.

You take that extra step. You find a way to make a difference in the world.

My child had a high school education. My child was no saint. She was hard to raise because everything was a negotiation.

I’m not kidding, but you know what? She was a firm believer in whatever she believed. And let’s do that. Let’s find that spark of conviction, let’s find in ourselves that action, let’s have the uncomfortable dialogue.

We’re not going to sit around and shake hands and go, “Kumbaya, and I’m sorry.” It’s not all about forgiveness. I know that’s not a popular chant.

Right now, there is a blood drive going on in Heather’s name. Right now, there are people who are here willing to listen to one another and talk to one another. Last night in New England, they had a peaceful rally in Heather’s name, to have some difficult dialogue. If you ever want to see what those dialogues look like, look at her Facebook page. I’m telling you, they were rough sometimes. But they were dialogues and conversations that have to happen. That’s the only way we’re going to carry Heather’s spark through.

So remember, in your heart, if you’re not outraged, you’re not paying attention, and I want you to pay attention, find what’s wrong, don’t ignore it, don’t look the other way. Make a point to look at it, and say to yourself, “What can I do to make a difference?”

You may find our how to write a eulogy page helpful

Are you looking to share a token of remembrance or funeral favor, view our selection. 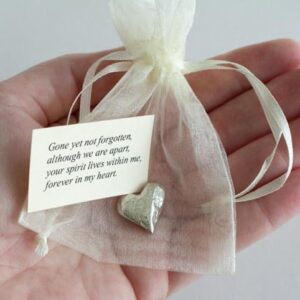 Give this pewter charm to family and friends as a reminder of your loved... 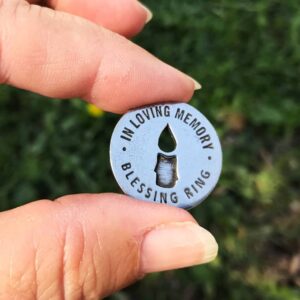 This eternal flame metal pocket ring says on the front "In Loving Memory...